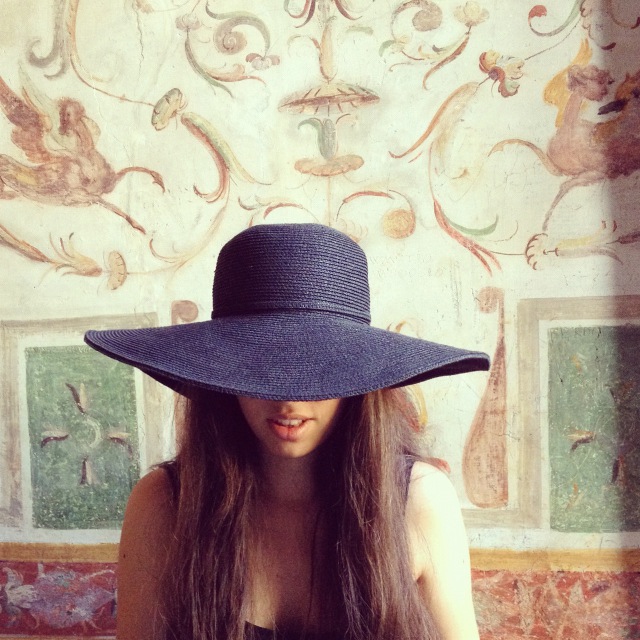 I’m back to everyday life, but before starting with September fragments I want to give you some news. I’ve been nominated by Altervista among the best fashion blogs in 2012, vote me if you want here! “Street blogging may be considered to be a modern phenomenon, but a series of images unearthed by Kensington and Chelsea Libraries prove that the practice may date as far back as the early 1900’s.

The Library service has published several wonderful images by the late amateur photographer Edward Linley Sambourne, who was also the chief cartoonist for Punch, which give an amazing insight into the street style of the woman of London and Paris over a century ago.

Sambourne’s beautiful street photography captures the casual side of Edwardian fashion in a manner which is rarely seen.” Mourning jewellery once worn by Empress Elisabeth have now been given a new and permanent place in the Sisi Museum of Wien. This summer, while I was on holiday, Anna Piaggi died. It was the 7th of August and she was 81. Bill Cunningham made a video with a lot of unknown pictures and telling her story. Click on the image or here to see it.

I was so sad for this notice as I always admire her and her personal and crazy way of dressing. I talked about her months ago here. I’m lusting to see the Pre-Raphaelites exhibition at Tate Britain in London called “Victorian Avant-Garde”. This exhibition brings together over 150 works in different media, including painting, sculpture, photography and the applied arts. Pre-Raphaelites never get me tired, the last exhibition I saw about them was the one in Rome last year. Biba return! The Brighton Museum & Art Gallery, from 22 September to 14 April 2013 will dedicate an exhibition to Barbara Hulanicki called “Biba and Beyond”. The exhibition will be celebrating the Biba look and lifestyle about which I talked about Biba story here.

Barbara Hulanicki – back to Brighton from VisitBrighton on Vimeo.

Barbara Hulanicki talking about the exhibition Exhibitions about wunderkammer are so rare that it’s such a pity this one hosted by Kunsthistorische Museum, Ambras Castle in Innsbruck  is about to end so soon. Its aim was to bring outstanding objects from the Kunstkammer of Dresden and Ambras together to show similarities of the royal collections, such as the exchange of diplomatic gifts or the preferences of both collectors Elector August and Archduke Ferdiand II. A video showing the kitschy room and world of spanish illustrator and blogger Miranda Makaroff. Frilly things: I’d like to a have a pair of velvet/tapestry/brocade loafer like these. (from the top: MiuMiu velvet slippers, Carven taprestry loafer, Charlotte Olympia cat and web velvet loafer, Alexander McQueen embroidered loafer)