A is for Amy who fell down the stairs 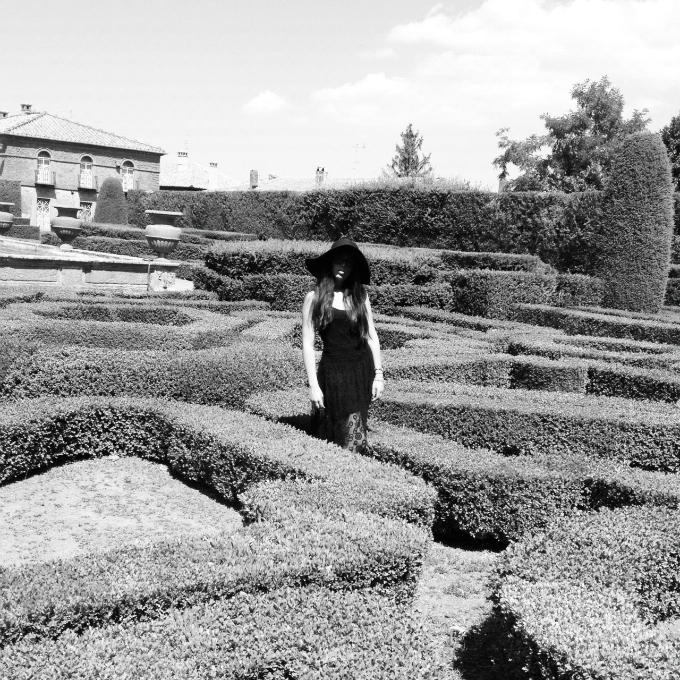 me as Lydia Deetz in a Renaissance garden (Villa Lante)

I didn’t want to post anything for Halloween because creepy things are quite usual for this blog. But lately I’ve been really into little figures alone and metaphisically lost in big spaces. When I took this picture this summer in Villa Lante, I instantly felt like in an Edward Gorey’s illustration, espacially those of the The Gashlycrumb Tinies, the abecedarian book he published in 1963.

Gorey’s vision is deeply influenced by victorian illustrators (such as Harry Clarke, Felicien Rops and obviously Aubrey Beardsley), but a little bit more childish and with a black humor instead of the sexual component. Tim Burton probably took inspiration from him for many of his characters like Lydia Deetz in Beetlejuice. For more Halloween things this is last year inspiration and pictures. The Supreme Vice by Félicien Rops, 1883 drawing for the character of Lydia Deetz by Tim Burton Tim Burton and his ex-girlfriend Lisa Marie in 1997. from here.