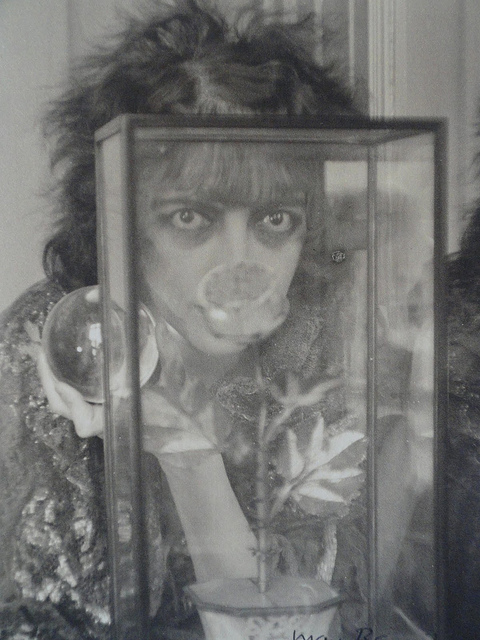 A bunch of pictures that inspires me lately: Luisa Casati, first and foremost, for her obsession for occultism. She used to hang around with a crystall ball in both hands; Ouija Board, a “magic” board with various symbols and graphics used since XVIII century. Ouija boards became very popular during the XIX century, along with the occultism mania occurred in the middle class involving spiritualist meetings, influenced by egyptian findings of the same period, and the idea of a femme fatale-woman, that is, a enchatress of men, a witch. Ouija became a strange toy in 1890, when Elijah Bond and Charles Kennard decided to make a commercial version of it and it became the most popular version of ouija board. During the 60’s, the two business men, sold the idea to Parker Brothers which continues until today to sell the Oujia as a toy (read the full story here); witches and rituals in the woods, 90’s witchy-punk style like in the film “The Craft”, alchemical symbols and Aleister Crowley (it seems he knew Oujia too, read about it here, italian only). Ouija board by Hasbro

I am the witch from la Rocaille on 8tracks. “Spellbound” from rookiemag.com ; ouija board in the film “The Virgin Suicides” The Hand of the Philosopher by Johannes Isaac Hollandus

all the uncredit pictures are unknown from tumblr. snaps and collages by me.