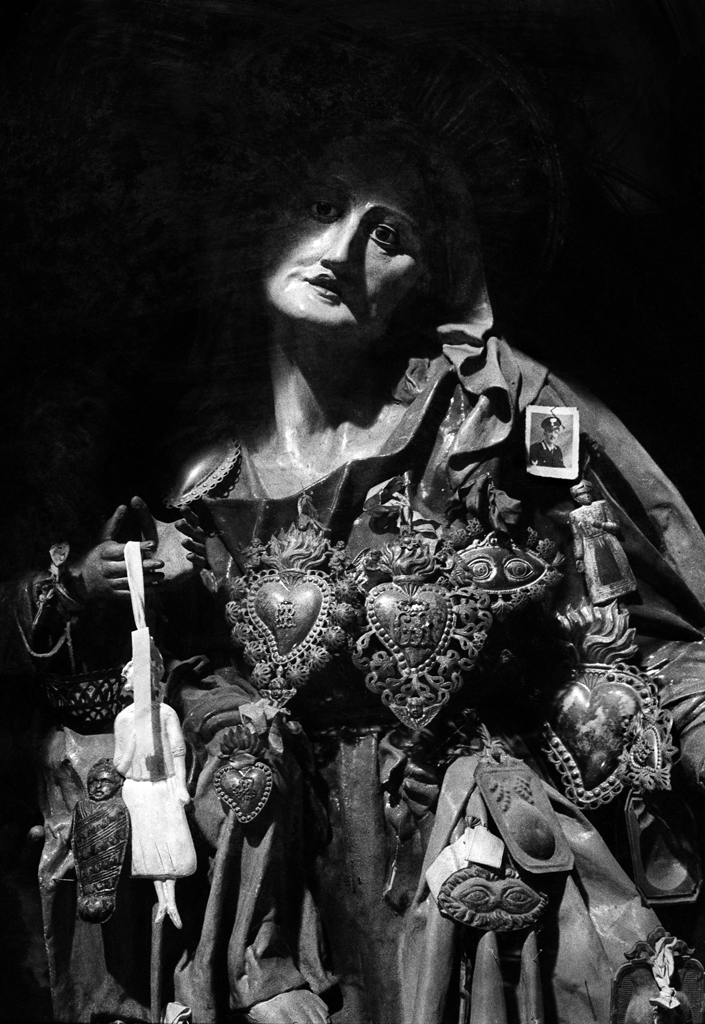 I’ve already said here how thin is the line between Holiness and Grotesque. And althogh I completly understand the kitschness and grotesque look of these icons, there still a mistery that is able to capture me.

Saints and Martyrs is a series of photographies taken during the 60’s between Spain, Italy and Mexico by the photographer George Krause. Probably is one of the most suggestive photographs I’ve seen so far. He said about this series that “Saints and Martyrs pays homage to the anonymous artisans who fashioned the statues… These sculptures transcend most folk art. They are not conceptually motivated. The sculptor felt the suffering, and it allowed him to create something beyond himself and beyond the repetitive forms usually handed down among folk artists. I am responding to the artisan’s passion and his unique vision.”