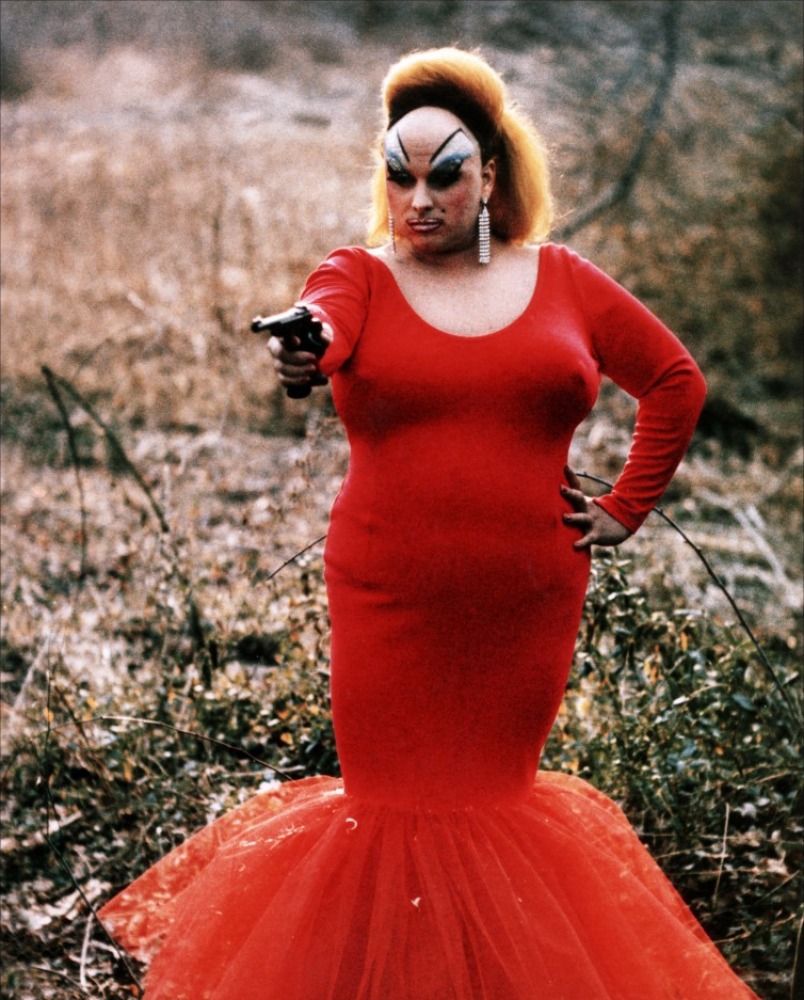 Have you ever seen “Pink Flamingos”? Directed by John Water in 1972, it’s one of those movies that you can’t define exactly belonging to a specific genre, black comedy or trash movie or whatever, I think that it’s so atypical and far from every definition that it must be considered a cult. I think it’s the most disgusting thing I ever seen. From the sweetish and nauseous pastel colours of the mobile home to the dramatic costumes of the drag queen Divine, the demential dialogues of Divine’s obese and dim-witted mother obsessed with eggs, you will also see coprophagy scenes, splatter scenes, oral sex, bestiality, rape, dismemberment and a dizzying variety of sexual perversions.

From the mind of the sickest director ever, aficionado of expressive bad taste John Waters, “Pink Flamingos” was born as a no-budget film and it turns to be one of the most famous movies in the midnight scene and Waters’ most iconic film, gathering devoted followers and fans and becoming popular also in the mainstream, anticipating a phenomenon which would later become associated with another popular midnight movie of the era, Rocky Horror Picture Show (1975).

Today is considered a touchstone in bad taste and trash/camp culture with the eponymous plastic pink flamingos for gardens. I think that the film itself it’s an attempt of disgusting middle class and its conformist good taste, like Divine says: “let our divinity and fame be felt on everything in this middle class dump”. The plot of the film is based on the competition between Divine and the Marbles for being the Filthiest person alive, but there is a thin difference between the filthy Divine and the awful Marbles. John Water is obviously not noted as a sophisticated director, but I don’t feel to blame his work. The Connie Marble character caught my attention for her style. I like the cat-eye glasses, rhinestones earrings and decoration, red flaming hair and, most of all, her swan headpiece. Other characters of the Marble’s gang: the butler, her blue-haired husband and the spy (notice the doll on the table and the virgin mary statue on the desk beyond) Divine cooking; Divine with her degenerate son Crackers and her traveling companion Cotton; Divine’s birthday cake and receiving gift from the guests (a cleaver, a pig’s head and vacuum-packed vomit?) Divine before and after the Marble’s homicide. the last scene of the trailer

1 Commento a “Pink Flamingos, an exercise in bad taste”