Evelina Levi Broglio and the decay of Casetta Rossa 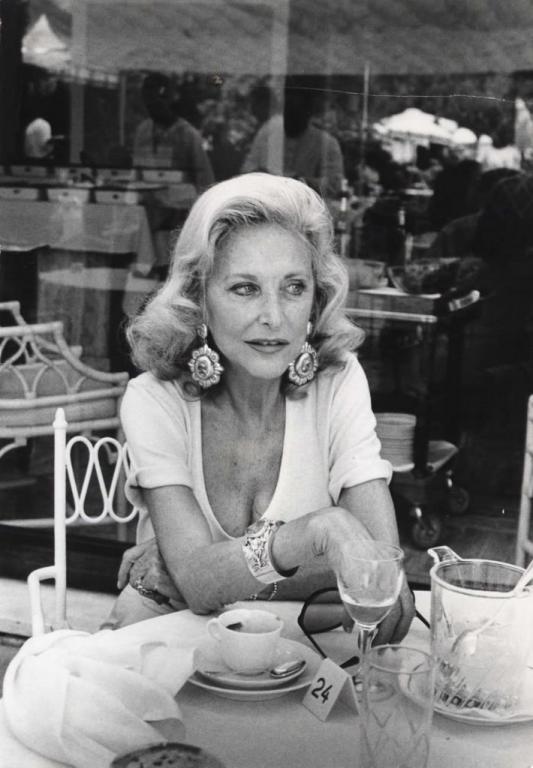 The name of this elegant lady, watching absent-minded while seated in bar table, is Evelina Schapira Levi Broglio and she died few years ago, in 2007. I came to know her story because I was looking for informations about Casetta Rossa in Venice, a little red house facing Canal Grande in Dorsoduro quarter, where Gabriele d’Annunzio lived during his stay in Venice and where she lived until her death.

The Casetta Rossa  is just in front of Ca’ Dario and also very near to Palazzo Venier de’ Leoni (now Peggy Guggenheim museum) owned by the Marchesa Casati in the same years D’Annunzio lived in Venice and who used to hold magnificent parties here with people like Leon Bakst, Isadora Duncan, Diaghilev, Paul Poiret, De Meyer and D’Annunzio himself. It was during the first world war that D’Annunzio chose to live in Venice. Mariano Fortuny suggested him this house, owned by Prince Fritz Hohenlohe, and he liked it so much that decided to rent it from october1915 to november 1918. Before him, this same house hosted also Antonio Canova, Henri de Régnier (who also lived in Ca’ Dario) and Rainer Maria Rilke. The Casetta Rossa turned to be the base where most of his war actions were planned like La beffa di Buccari (The Bakar mockery) and Il volo su Vienna (Flight over Vienna), both in 1918. But these years in Venice will be very significant in his life also for the sad accident happened during a flight over Trieste, in 1916, when he went blind in the right eye and his friend and fellow soldier, Giuseppe Miraglia, died. Forced to spend a period of complete immobility and darkness, in order to prevent the loss of left eye sight, he wrote “Notturno”, an unusual book made of fragments he wrote on short scrolls in complete blindness.

After d’Annunzio leaving, informations about owners of Casetta Rossa are missing. Then appears Evelina Levi Broglio. It was her father to purchase the house in the middle of the 60’s and then gifted to her. Evelina was a Milanese lady an international socialite during ’60 and 70’s, very popular in the international jet set of that period. Among her closest friends were people belonging to European aristocracy, like the Dukes of Kent, but also artists and writers like Julian Fellowes, Gian Carlo Menotti, Peggy Guggenheim and Beppe Modenese, who said about her: “She was a true icon. It’s rare that aesthetic sophistication, glamour, and beauty correspond to this kind of elegant lifestyle.” She always attended the most important events in Paris, London and New York, wearing creations by some of the most renowned coutourier of the last century like Karl Lagerfeld, Gianni Versace, Odicini, Lacroix, Curiel, Valentino, Ferrè, Lagerfeld and Saint Laurent. She was, infact, known for her elegance and sense of style and used to collect all her clothes, from accessories and bags to luggage and shoes, along with creations made for her by friends designers.

After the sudden death of  Evelina’s son for a tragic accident, she found herself alone to face a terrible ill that will lead her to death in 2007, at the age of 75. Her only descendants, two daughters in law, have decided to sell by auction all the belonging: last May (from May 11-13) fifteen thousand pieces from her couture and pret-à-porter collections have been sold in three different auctions held by the Ponte Auction House of Milan (here you can still see the catalogue of the jewelry collection on sale by the Auction House). A lot of pieces have been bought underprice. The orrible and sad epilogue is not end as about one month ago comes out the news that, the same descendants, didn’t wait any longer to sell the entire house: the Casetta Rossa. Evelina loved that house, she left it almost untouched after d’Annunzio so it still houses a lot of d’Annunzio personal belongings like his bed, the painting collection, the desk where he used to write, his silver flatware, the eighteenth-century spinet he loved to play, the sofa and others things. The cost of the entire house starts from 15 millions of euros, but to make things faster, it can be also sold divided in different lots as well as the furnishings.

Everything will be dispersed and memories deleted. I truly hope somone to stop this filthy and silly hovoc. Evelina inside the Casetta Rossa Casetta Rossa today as can be seen from Museum Peggy Guggenheim old picture of the Casetta Rossa